Does Music Make you More Intelligent? 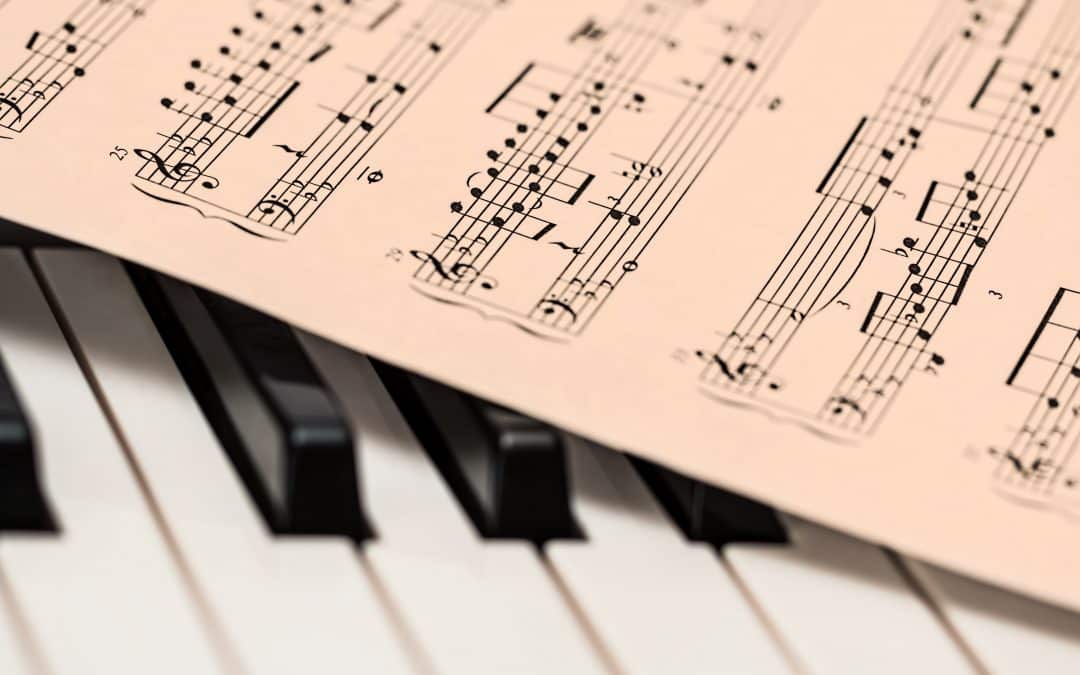 Can music actually make you smarter? What the science says…

Music is so much more than a hobby, it’s a comprehensive language of math expressed in sound. From the pop charts to TV shows and movies, to adverts and waiting rooms, music can often be employed to affect emotions with the goal of encouraging a particular type of behavior.

Whilst it’s no secret that music has the power to stir up emotions, did you know the playing music can actually make you more intelligent? In fact, some studies go as far to claim that simply listening to music can make you smarter.

Is this true? How exactly can reading, writing, playing, or even listening to music improve brain functions? Let’s take a look at the various studies responsible for these claims.

How Music Affects the Brain & Memory…

Studies conducted at the Wake Forest Baptist Medical Center, have shown a powerful connection between music and memory. The research looked into the link between music, memory and Alzheimers, and analyzed how music affects brain activity using an fMRI (functional Magnetic Resonance Imaging) machine.

Data from the Wake Forrest images showed that for musicians, and non-musicians alike, listening to music activated the right side of the brain, the side responsible for creativity and emotions.

The research found that stimulating this side of the brain elicited a positive response from dementia patients. Researchers theorized this was because an emotional connection to beloved songs of the past brought out enjoyable moments of recognition.

Although science suggests that the act of listening to music may not directly make us smarter, it does seem to have the power to improve memory. And since memory is highly related to intelligence, it still seems reasonable to say music can, at least in part, improve mental aptitude.

As a musician myself, I can personally attest to the claim that music is stored in the brain’s long-term memory banks. There are songs I learned over twenty years ago that I still remember when picking up a guitar today, even following a 10-year hiatus.

Memory is something that gets better with exercise. The brain is a complex muscle, but a muscle nonetheless. Just like the body requires regular maintenance to stay in shape, our memory and critical thinking skills also need a good mental workout to operate at optimal capacity.

So, whilst science may claim that listening to music does not directly boost intelligence, research at Johns Hopkins University has show that it can help reduce stress and anxiety, lower blood pressure, sharpen mental alertness and improve sleep as well as overall mental wellbeing. [4]

Since these are all factors that can all help make learning easier, we think it’s safe to say that listening to music does have positive effects when it comes to intelligence, albeit in a roundabout way.

If listening to music doesn’t directly make you smarter, but more so has properties that can assist with learning, does physically playing, reading and writing music have a more profound effect? Several studies suggest so.

In the same Wake Forrest study that utilized fMRI machines to show the right side of the brain becomes active when listening to music, data captured from the brains’ of musician showed both sides of the brain light up when actively playing. Researchers likened this to a full body workout, compared to just leg or chest day.

The Wake Forrest findings are not the only to suggest playing music can improve cognitive and mental functions. Research conducted by by Crystal Gibson, Bradley Folley and Sohee Park and partially supported by the Vanderbilt University Discovery Grant, showed that playing music can increase mental and cognitive functions in a number of ways. [5]

It was also shown that musicians had, on average, a higher IQ score than non-musicians, and used less brain function to solve puzzles with the same level of complexity as those who didn’t play an instrument.

In addition, a study at Baycrest’s Rotman Research Institute published in the Annals of the New York Academy of Sciences, also found that musicians, as well as bilingual people, utilized fewer brain resources when performing memory tests. [6] 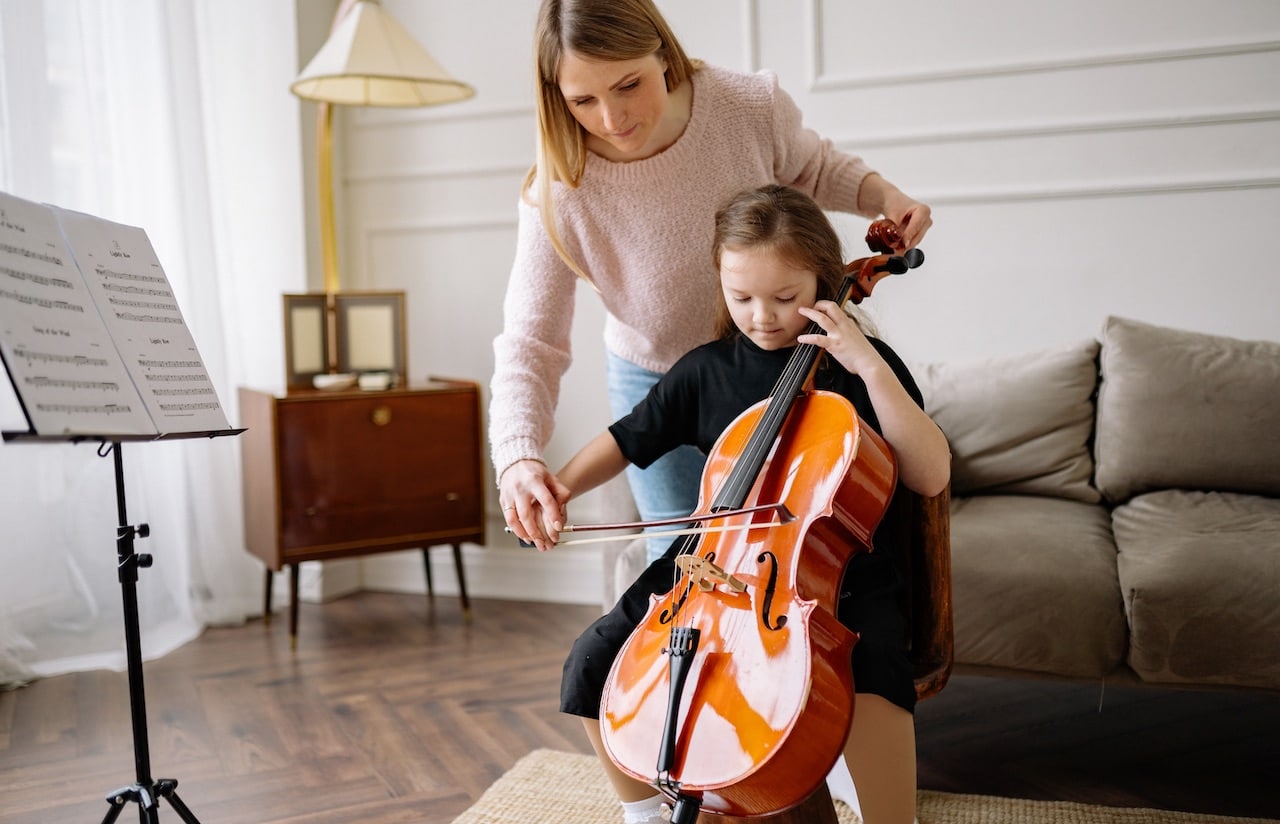 If listening to music has indirect perks that can assist with mental development and playing music has can directly improve intelligence, how exactly does it benefit us?

What Happens to Brain When Performing Music

If listening to music has indirect perks that can assist with mental development and playing music has can directly improve intelligence, what exactly is going on inside the brain and how does that improve mental abilities? [7] [8]

Those with higher musical ability have been shown to read at more advanced levels.

Playing music exercises the areas of the brain that control the muscles used to manipulate instruments. This dedicates more neurons in the brain to the process making recall and execution more consistent.

The social activity of playing music together helps improve the ability to ability identify, manage, and express emotions constructively, and can be effective in helping young children interact positively with others.
With such a close relationship to logic and communication, music isn’t just an entertaining pastime; it’s one of the most effective total brain workouts available, and a great way to improve overall, essential learning skills.

Fortunately, you don’t need to be a musician to enjoy the benefits of music, but for those who do play, read and write, you all stand to benefit greatly when it comes to learning.

If you’re interested in learning to read, write and play music, or you’d like assistance with your progression as a musician, contact us today and find out more about the music lessons we have on offer.